“Smoke from a Hole in a Box” .:. Go Up
(The Effects of Pendulum Height on Circular Vortex Velocity)

Problem: The purpose of this lab is to investigate how the height of a mass on a pendulum affects the velocity of the air leaving a circular vortex.

Review of Literature/Background: There are multiple aspects to a pendulum and a circular vortex that can be studied and experimented. For this lab, we are primarily concerned with the potential energy in a pendulum, based upon a controlled mass and a variable height, and the velocity of a circular vortex (air ring) emitted from the circular vortex generator as dependent on the work applied to the vortex. The sole force acting upon a pendulum is gravity (American Heritage Dictionary), which makes it very easy to measure the potential energy without trying to approximate the force applied from human contact. For the purposes of this lab, we will be using a simple pendulum in order to eliminate more variables and isolate the height affecting potential energy as the sole independent variable, with gravity and mass both controlled. According to Encarta Reference Library (2003), the simple pendulum is of the type that oscillates back and forth only, which makes it very easy to measure the potential energy at the height of the backwards motion of the pendulum. A circular vortex is a essentially a transparent air ring which can be seen with the addition of smoke or even smelled with perfume added to the air. Circular vortices occur naturally in nature and are commonly observed in the study of meteorology and in the atmospheric sciences (“Norway”). Specifically, Vilhelm Bejerknes’s work on circular vortices lead to the current information we have on cyclones and tornados (“On the Shoulders”). These vortices also occur everywhere from the way planes fly to the rings created from the flapping wings of birds, which create a linked chain of vortices (“Modeling”). Relating to our project more, even even the simplest thing of throwing a rock forms a circular vortex, but our experiment is essentially throwing air (“Why Does Air ‘Ring’”). In a hypothetical frictionless environment, the air in front of the vortex would shift to the back maintaining the consistency of the ring. However, as that does not exist on in our lab, we deal with an atmosphere full of air friction, which creates an uneven “texture” to the ring as it travels through the air. It appears as thought the smoke is moving, but it is really an air mass that displaces the air around it.

“On the Shoulders of Giants: Vilhelm Berjerknes.” A site that tells the story of the man who discovered the circular vortex.

“Why does Smoke ‘Ring’?” A site that has visuals about why smoke rings.


Materials:
A) 6 2”x4” wood boards cut in half to 4’ lengths
B) 4 pieces of particleboard measuring approximately 41”x 46” (whatever cut is necessary to fit close to the frame outline
C) 1 piece of plywood measuring approximately 48”x 50” with a 16” diameter circle hole cut into the center (approximately 1/3 of the length of the piece)
D) Household silicone caulk and dispenser
E) Nails
F) Screws
G) Drill
H) Hammer
I) Saw (for cutting 2”x4”s)
J) Two hooks with at least a 15kg test each
K) Nylon thread with at least a 30 kg test
L) 1 10 gallon bucket (similar to a gardening bucket)
M) 1 bag of sand (with total weight combining with the bucket for about 15kg)
N) 1 6’x 8’ blue tarp cut down to approximately 50”x 50”
O) 1 50”x 1 2/3 yd. piece of burlap
P) Duct Tape
Q) Lighter
R) Newspaper, Wood (kindling), wet leaves (anything creating smoke and that will burn with out causing a serious fire)
S) 2 meter sticks
T) Digital Camera (or another recording device capable of recording video with a function to review it frame by frame)
U) 50kg cinder block (or another heavy object to prevent the generator from moving forward after each trial
V) Standard size aluminum basting pan


Method:
First, obtain all materials. Next, assemble the frame of the vortex as shown in the diagram below. Pressurized/galvanized screws connect each piece, with nails as reinforcement. Ensure the diagonals are measured and that each side has the same measurements before assembling.

Next, connect the two square frames with the 4 remaining boards as seen below:

After the frame has been constructed, take one of the 41”x 46” particle board pieces and adhere it to an in lain square, meaning one of the sides that was created after the last 4 2”x 4” boards were constructed. Adhere the piece with the silicone caulk and then nail approximately every two inches around the two sides connected to the board to ensure it stays. Then caulk all around each side to maintain an airtight seal around the vortex generator. This ensures the ring will have the most air possible, which make the margin of error less. Continue adhering the particleboard in this fashion around the other four sides similar to the first. See below for a diagram of these steps:

Select the particleboard with the hole cut in the center and adhere it to one of the remaining sides in the same manner described earlier. See below for diagram:

Finally lay the burlap on top of the tarp, and fold the excess tarp over the burlap and duct tape the folded over tarp to the burlap. The purpose of the burlap is to ensure the membrane used for creating the vortex does not rip, but since burlap is not airtight, the tarp is used to ensure no air escapes. Nail the folded over burlap-tarp membrane to the remaining open side and seal with duct tape by making at least two passes around the entire side. Reinforce the membrane with a few horizontal and vertical strips of duct tape. See following page:

Now, for the pendulum, screw the two hooks into the ceiling, making sure they are firmly anchored into two adjacent studs, a garage makes an excellent site. The two hooks account for any horizontal swing of the pendulum and ensure it only moves forwards and backwards, not side-to-side. The nylon string will then be attached to the hooks with the handle of the bucket already threaded onto the sting. Measure the nylon string so that the center of the bucket will strike the center of the membrane. Place the sand bag inside the bucket and suspend it from the ceiling by attaching the two ends of the nylon string to the hooks. The completed set-up should appear as below:

The data will be collected using the digital camera to record the circular vortex exiting the generator. The independent variable of pendulum height will be collected at the differing heights of 0.5, 0.6, 0.7, 0.8, 0.9, and 1.0 meters from the very tip of the bucket to the floor. Move the vortex generator so that it is just touching the pendulum when the bucket is at rest hanging perpendicular to the ground. Place the cinder block in the front of the generator centered at the center of that side just under the hole. On the same side with the hole, place the meter stick so it is at 0cm at the front of the generator to measure the displacement of the circular vortex. Place the newspaper and other flammable materials into the center of the vortex, inside the aluminum pan (to prevent the vortex from catching fire), and ignite the newspaper. The smoke will soon start to emanate out of the hole, which will let you know when the vortex is ready to use, there must be enough smoke for the camera to see. Have one person pull the pendulum backwards to the 0.5m height (this will be measured by another person measuring the height of the bucket before it is released), and release the pendulum into the generator membrane. Another person will simultaneously record the vortex (now a smoke ring) as it exits the generator and into the atmosphere. The camera must stay stationary for every trial and will only record the vortex until its displacement passes one meter. We are measuring the displacement of the vortex at 1 meter in order to prevent more errors by attempting to calculate the initial velocity. Next, review the recorded video and record the approximate number of frames it took for the ring to reach 1 meter. Look in the instruction manual of the recording device to check the number of frames per second and divide the number frames the ring took to pass by one meter and divide that by the number of frames per second. Repeat this step a total of 15 times for each height and then average the time for each height and compare that to the velocity. 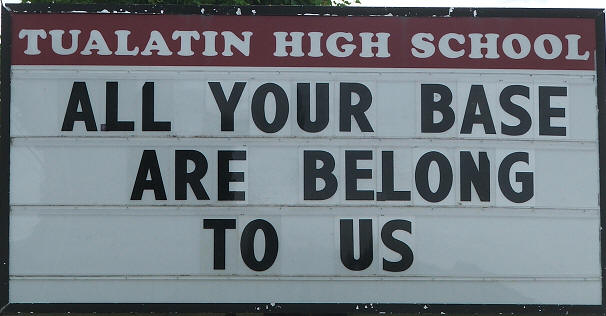 The above graph and table show the relationship we found between the height of the sandbag and the velocity of the smoke rings.  The velocity was calculated from the reciprocal of the average time collected.  We found a general increase in the velocity as the height of the release point of the pendulum was increased.  The uncertainties were chosen to reflect the amount of error that occurred while conducting the lab.  The margin of error in the measuring of the displacement is due to the camera and attempting to pick up exactly when the circular vortex crossed the 1-meter line, thus we operated at a time uncertainty of 0.1 meters.  With the time, there is not much disparity because the camera operates at 15 frames/second, however the disparity is due to the estimation involved when attempting to find when the vortex crossed 1 meter, therefore the uncertainty is .1 seconds.  While the uncertainty is great, the materials used were rather primitive, which accounted for the large margin.

Our experiment went down to the fashion we predicted it would.  As the height of the weight, and therefore energy, was in creased, the velocity of the smoke rings was also increased.  This is because energy is conserved even though it may change forms (potential to kinetic) or vehicles (i.e. from the weight to the smoke ring, not like buying a new car or some such).  However, our graph was not a perfect square function like it should have been were energy transferred with 100% efficiency (m)(sub1)gh=0.5m(sub2)v^2 therefore h=(0.5m(sub2)v^2)/(m(sub1)g) therefore, since everything but height and velocity are constant, h=v^2 and therefore v=(h^2)^(1/2).  This can be attributed to a few errors with the experiment.  Firstly, the Physics Box of Death (PBoD) isn't a superconductor, and therefore cannot transfer energy with 100% efficiency.  Our experiment was unable to account for energy lost due to friction and heat created by the collision between the weight and PBoD.  Furthermore, human error played a part in the some inconsistency of the data.  Other factors, such as wind, slight variance in height, and the immense gravitational field around my genitals, also had negligible or non-negligible effects on the experiment.  Further experiments that could be done similar to this one would be one that measures the effect of changing the size of the hole in the PBoD on the velocity of the smoke rings.  Finally, one could test the effectiveness of the PBoD as a weapon with which to wage war against Thompson.  Because every action has an equal and opposite reaction, effectiveness could be measure by the momentum (mass times velocity) or Thompson's fist as he reacts to the PBoD by punching you in the face.